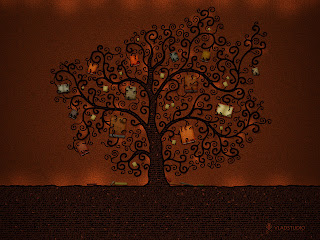 It is no secret on how pop culture today has rapidly increased, especially amongst teenage girls, but is that a good thing? Or a bad thing?

Today's world of entertainment is full of scandal and… Love?

I will not lie, I am an avid reader and movie watcher, so when I read or watch Romance novels or Romantic Comedies there's always that thought in the back of us single women/girls' minds of our perfect 'prince charming', but are we setting our standards too high?

The year is 2012, and it is coming to an end, the holidays are coming and many of us will spend them either with family or even alone with a good book in hand, (*clears throat, 'me'). 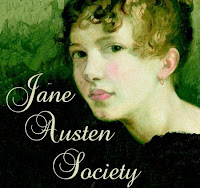 Let me take you back, traveling back to the early 18-1900's, we've been gifted with the works of Jane Austen, the Brontë sisters, Emily, Charlotte, and Anne Brontë. Who could ever forget the 1813 novel by Jane Austen, her characters: the proud Elizabeth Bennet and her male counterpart, the handsome and prejudiced Mr. Darcy? Or even Emily Brontë's, Heathcliff? The orphan boy who fell in love with Catherine who wanted nothing more than to advance socially in her 1845 novel, Wuthering Heights? And one of my favorites yet! E. M. Forster's 1908 novel: A Room with a View, the young and confused Lucy Honeychurch and the passionate and hopeful George Emerson. Be still my beating heart! Oh the romance!
But anyway… Compare it to today's fictional romance. Many of us grew up with those authors, but now we have the current best-sellers: Sarah Dessen, Nicholas Sparks, and if we delve deeper, we have Stephenie Meyer, L. J. Smith, Richelle Mead, and even Suzanne Collins. Today, one of the main sources of teenage romance comes from just that, the paranormal. And the other: Celebrity relationships. 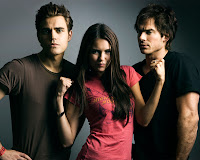 Edward Cullen, Jacob Black, Damon and Stefan Salvatore, Peeta Mellark, Gale Hawthorne, Dimitri Belikov, and Adrian Ivashkov, only to name a few! This is where today's youth unites! Everyone knows Team Edward and Team Jacob, and, well I was Team Edward far before the movie was in production. Yes, I am a victim of Stephenie Meyer's creation! Though I'm still in deep love with Dimitri Belikov, Adrian Ivashkov, and the Salvatore brothers!

And this is what brings up my points.
I ask myself, do today's youth fall in love with the book characters actual character? Or do they fall for the actor portraying the character?

In all honesty I'd never really pictured anyone specific for the role of Edward Cullen. Jacob Black had always been Steven Strait to me though… Taylor Lautner however, portrayed an amazing Jacob! Though I can't help but wonder: Did many read the books?

The majority of my friends were Team Edward, only one was Team Jacob far before the movie was set to be done. So when the first film, Twilight came out, everything was the same. But with New Moon it was BAM! Team Jacob everywhere! Even some of my friends changed teams. And if everyone recalls, New Moon was when Taylor went RIPPED for the role, so I wonder if that had any effect? Of course it did! Maybe not to all, but there's no doubt that it did have a major effect on the team switches.

A couple of weeks ago I went so far as to ask, Edward Cullen or Fitzwilliam Darcy? And I felt as though I was slapped in the face when I was told they, yes they, as in more than one person, had never even heard of Fitzwilliam or Mr. Darcy!

Here we have the perfect vampire boyfriend/s that will risk his life for you! And then the man who will renounce everything for you. We all want that guy who will be by our sides no matter what. Robert Pattinson, Josh Hutcherson, Taylor Lautner, Liam Hemsworth, Paul Wesley, Ian Somerhalder, Colin Firth, and Matthew Macfadyen, all men that brought our fictional crushes to life. It really is a different experience to see characters you imagined in your mind to be splayed out on the movie screen, sometimes with actors you didn't even dream of being cast! But what most matters to me, personally, is the way they portray the character… The way they bring that beloved character to life!

Weeks ago I asked two teenage girls if they could describe their dream guy, and I was told this:
A 14 year old girl said, "My dream guy would definitely have to be like Robert Pattinson!" Then her best friend, also the same age followed up with, "Ooo! My guy would have to be like Logan Lerman!" And again I ask: do we fall in love with the characters portrayed by the actors? Or the actors that portray the characters? 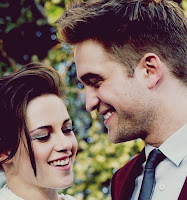 Of course, everyone knows that it is impossible to get a vampire boyfriend, in the real world, (I think). Many, however, set their sights on the actors, which in turn, has fans following said actors' personal lives and even their personal relationships with either fellow co-stars or even other celebrities! Whether they're Robsten junkies, or Nian junkies, they know the scoop.

And this brings me back to my very first question/point: Are we setting our sights too high for new relationships? Do we compare possible 'boyfriends' to stars such as Andrew Garfield, or even Robert Pattinson? Are we giving the other guys even the most remote chance of dating us? Or are we just shooting them down in hopes that one day we'll have someone like Taylor Lautner come knocking at our front door? Hoping to encounter such a guy to sweep us off our feet and take us into the sunset.

Pop culture today has many of today's teenage girls with high hopes and dreams in living out a relationship like we see in the tabloids. Even though many don't work out too well in the end. Is it that we should thank today's fiction for such dreams and hopes of pure utter romance? Or is it that we should really take a personal look at just what we're asking of life?

forev3rsilenc3d?
Just your average girl trying to get through life with all the crap it has to offer... Everyday gives something new and I hope to take each day by storm... Life gives us curve balls, and I'm just trying to dodge them...